The Tapestries in The Vatican – i

One of the focal points of any tour of the Vatican in Italy is a walk through the Gallery of Tapestries, a collection of some of the world’s finest decorated rugs depicting scenes from the Holy Bible with stark, vivid detailing in vibrant, luminous colours. Part artwork, part functional piece, tapestries rose to prominence in the 14th century as both a way to decorate a room as well as keep it warn.

Woven of silk, wool, and even gold thread, tapestries would trap the heat in the room while offering its occupants a dazzling display of artistry and ornamentation. Popular throughout Italia, tapestries were both a practical and extravagant way of decorating and insulating one’s stone redoubt or palace.

These are called “cartoons” that were then manufactured in Belgium based upon the specifications of the master Raphael himself. On the right side of the hall, visitors will find a series of tapestries depicting the papacy of Urban VIII.

The Gallery of Tapestries largely grew out of Leo X’s ambitions to add to the earlier work of other popes. With the completion of the Sistine Chapel in 1512 by Michelangelo, most every prominent, paintable service in the structure was already covered by art; thus tapestries were both a convenient solution and necessity for Leo X if he wanted to add his own legacy to the already-imposing, magnificent building.

To help him make his mark, Leo X hired Raphael, then in the beginning of his career, to create ten designs for twelve tapestries for the chapel’s lower walls.

Manufactured in Bruges at the factory of Pieter van Aelst, they were first displayed on St Stephen’s Day, the 26th December 1519, exactly one year before the artist himself died.

Crafted from the large-scale cartoon drawings completed by Raphael, the craftsmanship and time required to translate that into a wall tapestry explains much of the delay.

Visitors are reminded that, even in their magnificence in the Gallery of Tapestries, they were not originally designed for that location but rather for the lower walls of the chapel in a nod to both their liturgical, religious symbolism and significance in Vatican liturgical tradition.

More curious facts and information on the topic will follow in the second article related to the topic of: The Tapestries of the Vatican. 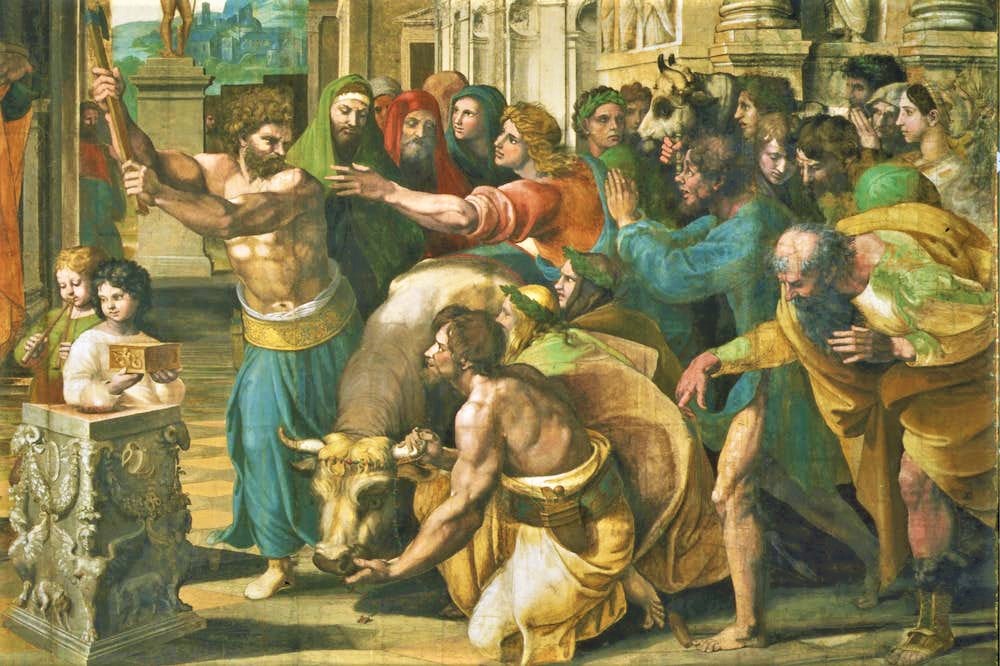