The church of San Sebastiano, Mantua by Leon Battista Alberti. Magnificent example of the early Renaissance architecture in Italy

The early Renaissance is filled with attempts at reimagining the glories of the ancient Roman past, particularly in the field of architecture.

Few of these attempts are as exemplary of the early Renaissance style architecture as the Church of San Sebastiano by Leon Battista Alberti in Mantua.

With work beginning in 1460 and completed at least a decade later, the architecture’s combination of a Greek cross without columns signaled a shift away from the basilicas and forms of the ancient world that had dominated until that point.

Though not completed under the direction of Alberti himself, the church retains his basic design outlay and the new conventions he pioneered in its construction.

Born in 1404 in Genoa, Leon Battista Alberti is often described by historians as the quintessential Renaissance man. In other words, he was a master of multiple fields with architecture being one among many. He received his first major commission in 1446, the facade for the Rucellai Palace in Florence, followed by several others after which he decided to compose a book on architecture titled De re aedificatoria.

Drawing heavily from the work of Vitruvius, Alberti’s continual reference to the ruins of Rome evidence themselves throughout his commissions and in his philosophy regarding architecture itself. 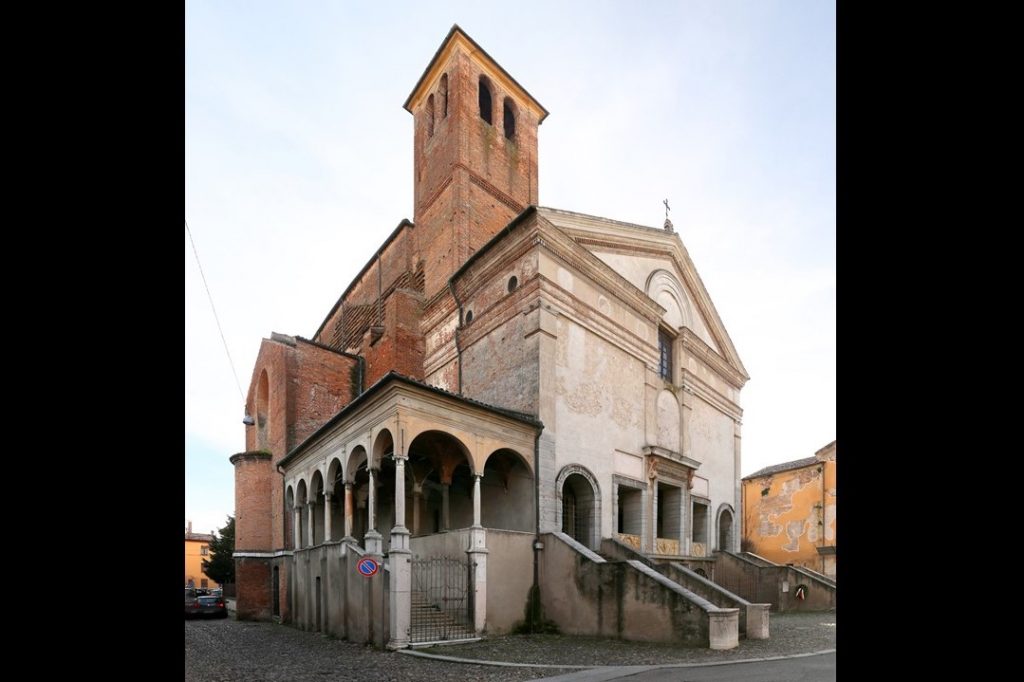 Hence, the absence of columns and other iconically Roman elements in the Church of San Sebastiano marks it as a departure and a bold experiment for the architect. Nonetheless, the support that would be provided by the columns was still present though integrated into the geometry of the building itself.  The result is a restrained building of sharp lines as well as almost modern regard for function and aesthetic.

This modernity is embedded in the architecture itself and explains why the two flanking staircases, themselves additions from the 20th century, make sense even though they are not native to the plan itself.

Extant documents from the period such as a letter from patron Ludovico III Gonzaga, Marquis of Mantua, detail Alberti’s removal of columns and intentional integration of form and function as far as the geometry of the building is concerned.

The various arches throughout reference Roman temples though modifications over time have somewhat obscured or eliminated Alberti’s original intention in the design.